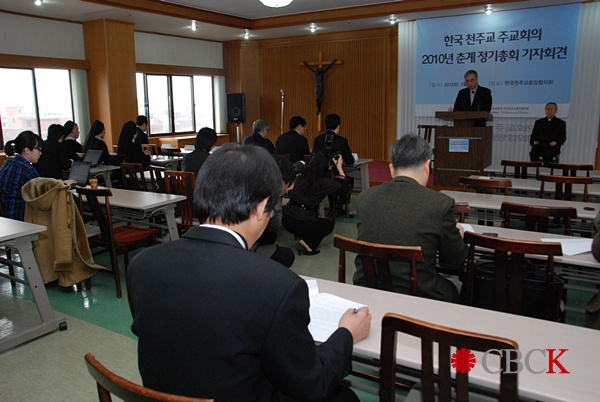 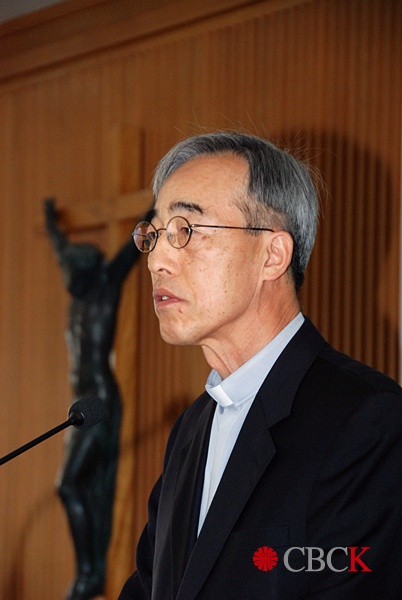 Our Opinion on Life Issues and the Four Major Rivers Project

We know that all creation is groaning in labor pains even until now(Rm 8,22).

Since the 1960s the Korean government had actively implemented a family planning policy that promoted birth control for the sake of short-term economic growth. In 1973, it enacted the Mother and Child Health Law that allows the extensive practice of abortions or the indiscriminate surgical removal of fetal life. From that time almost every year the Catholic Church in Korea has protested the government policy against life and has urged the abolition of this law. However, government and political circles have not listened to the Church's voice at all.

Now what is happening in Korea? Our society holds the record for the lowest fertility rate in the world. A rapid decrease in elementary school enrollment has driven our country to a dead end, threatening not only national development but also its very existence. The perspective of life has been darkened by the shadow of death. No policy makers and executors have assumed responsibility for such a consequence.

In this situation some doctors in medical circles who had been agonizing under the darkness and nightmare of death came to confess their past errors and submitted themselves to much criticism and many disadvantages. Moreover, they took the initiative in bravely supporting pro-life activities and committed themselves to stop the further spread of the culture of death. This gives us great consolation and new hope.

Still, a culture against life casts a long shadow over our society. For the true development of this society, we have to choose life. No excuse can justify the attempt to destroy the life of a fetus, the most vulnerable and defenseless of human beings. The Korean Supreme Court in its decision confirmed: "Human life begins from the moment of conception and a fetus in the mother's womb deserves human dignity and must be valued as the origin of new existence and personality. Therefore, regardless of whether a fetus is aware of his or her dignity and value or whether he or she has the capability of self-defense, in agreement with the public's sound moral sense under the Constitution a fetus must be protected from infringement" (June 11, 1985, 84Do, Vol. 33, Part 2, Hyeub497<500>).

Attempts to consider life as a means of development and to destroy it have also been made on the natural environment. In fact all life on earth is communicated in a circle. If natural life is destroyed, it is inevitable that the life of human beings who breathe and are nourished by nature will share the same destiny.

We, all the bishops gathered at the 2010 Spring General Assembly of the Catholic Bishops' Conference of Korea, are concerned that the 'Four Major Rivers Project' which is nowadays being carried out in many places across the country simultaneously will cause serious damage to our natural environment.

We have listened to an explanation for the project by a government working-level task force. Still we cannot understand why the government, mobilizing much heavy equipment and evading legal procedures without a national consensus, has to push forward in such a hasty manner this large-scale construction project which may cause irrevocable damage to our land. When such indiscreet development of nature for the unsatiable greed of human beings does harm to ourselves and to future generations, who among our contemporaries will assume responsibility?

In his recent encyclical letter Caritas in Veritate, Pope Benedict XVI said: "The environment is God's gift to everyone, and in our use of it we have a responsibility towards the poor, towards future generations and towards humanity as a whole. …… because the natural environment is more than raw material to be manipulated at our pleasure; it is a wondrous work of the Creator containing a 'grammar' which sets forth ends and criteria for its wise use, not its reckless exploitation" (n.48). By seeking immediate short-term profits through indiscriminate development, we should not fall into the error of annihilating the precious works cultivated by the Creator over so many centuries.

In this difficult situation, we, the Catholic bishops, urge reflection and conversion of the whole society, including ourselves, and we pray with one accord that government authorities and all Koreans will choose a conscientious and responsible path for ourselves and for future generations.