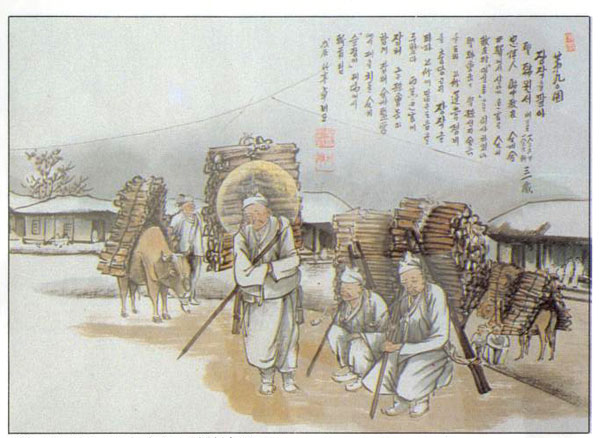 Catechist Han Jea-kwo˘ n Joseph was born in 1835 in Imch'o˘ n, Ch'ungch'o˘ ng Province, but lived at Taeso˘ ngdong in Cho˘ nju when the persecution broke out.

Before Joseph moved to Taeso˘ ngdong, he had been a catechist, but in Taeso˘ngdong he was not acting as a catechist. He was living there as an ordinary Catholic. His character was so honest and gentle that everybody in the village, Catholics and non-Catholics alike, loved and respected him. He fulfilled all his Christian duties and wanted to die as a martyr.

On December 3, 1866, in the evening Joseph was arrested by a group of police. He was sent to the Cho˘ nju prison together with other Catholics. In Cho˘nju he not only was tortured by the government officials but also was troubled by his own family members, who threatened to commit suicide unless Joseph denied his religion. Joseph, however, endured all these difficulties with courage.