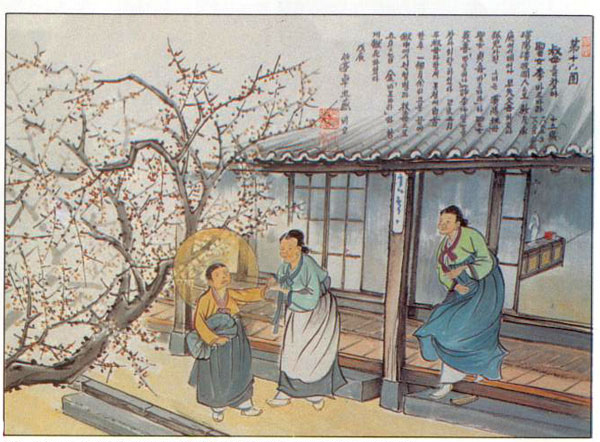 Yi Barbara was born in Chongpa in Seoul. She was only 15 years old when she was martyred. She lost her parents when she was a child, and lived with her aunts, the martyrs Yi Yong-hui Magdalene and Yi Chong-hui Barbara. It can be said that Barbara lived in this world only to love God and die for him.

According to the record of the Holy See, Barbara was taken to the police station and was severely tortured.

Barbara was taken to the higher court, and was urged by the judge to deny God and was tortured. The judge thought that she was too young to be punished and sent her back to the police.

There were three boys with Barbara in the same prison cell. They were encouraging one another. In the meantime Barbara contracted typhoid fever. This disease caused a great deal of pain for the Catholics in prison. It was easily contracted in prison due to the unhealthy environment in the crowded and narrow prison cells. Barbara suffered for about a week, and died in prison in Seoul on May 27, 1839, at the age of