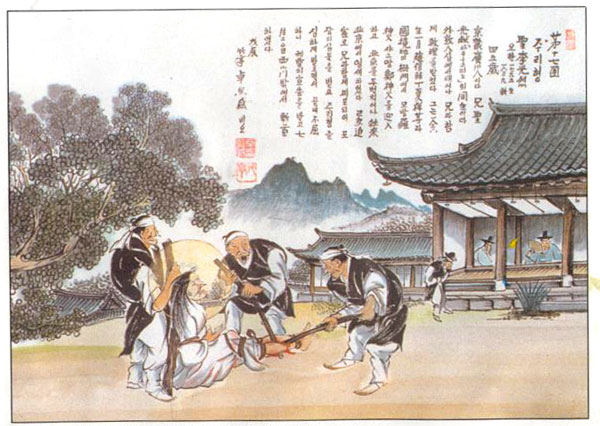 John Yi Kwang-nyol was a younger brother of the martyr Augustine Yi Kwang-hon. John became a Catholic with his elder brother. John was outstanding in honesty, enthusiasm and faith. Soon after he decided to become a Catholic, he was listed among the important Catholics who used to travel to Peking. John was baptized while he was in Peking. After his return home, he abstained every day, and he decided to lead a celibate life. His spiritual life was so outstanding that everybody admired him. John always wanted to be one with God.

John was arrested on April 8, 1839. He was twisted and beaten with sticks. It was customary that for each interrogation an executor had to hit a criminal with the stick 30 times until each stick was broken. Therefore, for each interrogation 30 such sticks had to be ready. Whipping was done with flexible branches tied together and these could take the criminal's flesh off if he was hit hard enough.

John endured all the pains and was determined to witness to his faith. He was supposed to be killed with his brother Augustine, but according to the old Korean law, two brothers could not be killed on the same day. So Augustine was killed first and John had to wait in prison. His words and deeds in prison impressed so many people.

According to the government document Sungjungwon Diary, John was beheaded outside the Small West Gate on July 20, 1839, with seven other Catholics. He was 45 years old when he was crowned with martyrdom.