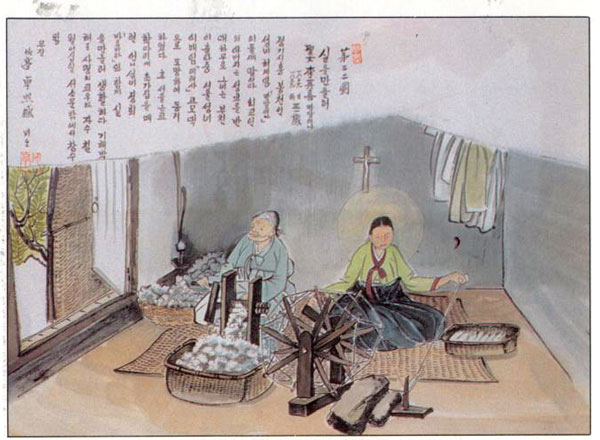 Yi Yong-hui Magdalene was born of a poor but noble family. Her mother, Ho Magdalene, her elder sister, Yi Barbara, and her aunt, Yi Theresa, were all fervent Catholics, but her father was a staunch pagan who hated the Catholics, so they had to practice their religion secretly. Her father tried to have Magdalene married to a pagan, but she wanted to live as a virgin and refused to abide by her father's wish. She decided to run away.

One day Magdalene told the young Catholic servant woman working at her home: "I hear that it is 12 kilometers from here to Seoul. My father is going to Seoul tomorrow. Please follow him, and I will follow you."

At night Magdalene put on old clothes and went out of her house carrying her usual clothes with her. The house was located in a forest. She went into the forest and cut herself enough to draw blood. She sprinkled her blood on the ground and on her clothes, which she ripped and scattered around the road. Early next morning her father left for Seoul, and the servant woman and Magdalene followed him. She went to her aunt, Yi Theresa. To her startled aunt, Magdalene told the whole story.

Magdalene and three other pious women surrendered themselves to the police.

Magdalene was beheaded outside the Small West Gate on July 20, 1839, with seven other Catholics. She was 31 years old when her heavenly spouse crowned her with martyrdom.