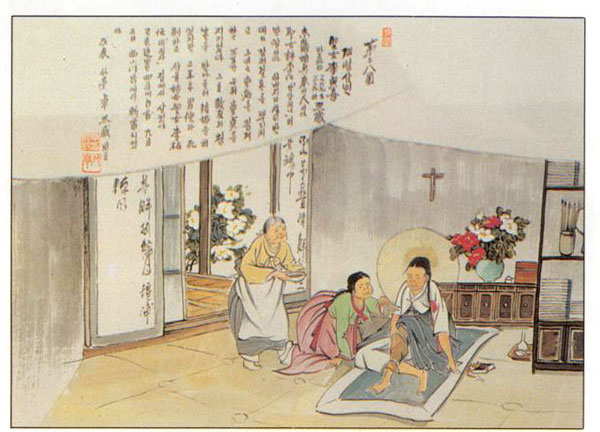 Yi Chong-hui Barbara was a daughter of Ho Kye-im Magdalene, a sister of Yi Yong-hui Magdalene and aunt of Yi Barbara. One can see that she really came from a family of martyrs.

Barbara was born in Pongchon (Siheong, Gyeonggi-do) in 1799. She showed tremendous faith and a strong will when she was still young. Her father engaged her to a pagan man, but she didn't want to marry him. She pretended to have a disease that weakened her legs, and spent three years sitting and lying down on the floor. The man got tired of waiting and married another woman. Barbara then married a Catholic man. Two years later her husband died and she returned to her home. Then she went on to Seoul and lived at the home of her aunt, Yi Theresa. Her sister, Yi Magdalene, joined her in the same house.

In 1839, Barbara was arrested and courageously endured severe tortures. According to the government document Sungjongwon Diary, Barbara was taken outside the Small West Gate and beheaded there on September 3, 1839, with five other Catholics. She was 41 years old when she was beheaded for the sake of God.