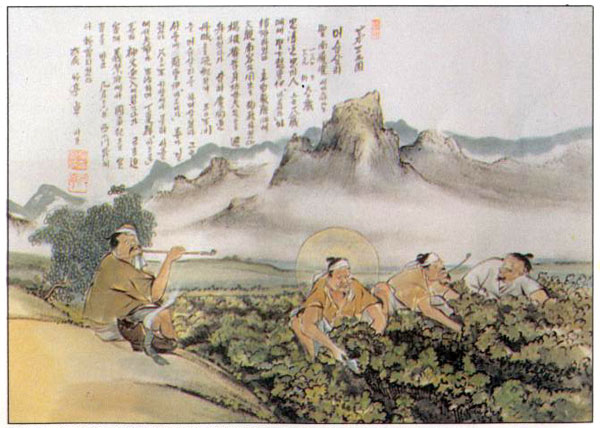 Sebastianus Nam I-gwan was born into a noble family. His parents became Catholic at the end of the 18th century. His mother died when he was still young. His father was arrested in 1801 and died in exile. Sebastianus was about 20 years old at that time. While he was in exile in Danseong, Gyeongsang Province, he got married. He was not baptized yet, and he could recite only the Our Father and Hail Mary. Since he had no children, he took a concubine without knowing that it was wrong. At the age of 40, when he was very ill, he was baptized and let the concubine go. A few years later he was released from exile and went to Uiju with Paulus Chong Ha-sang and his group to bring Chinese Father Yu to Korea. Sebastianus became Father Yu's assistant and let him stay in his house.

At the beginning of the persecution, Catechist Sebastianus left Seoul for the countryside for some unknown reason. According to witnesses he was too well known to evade arrest. He was preparing himself in prayer for the trials of prison. He was arrested in Icheon, Gyeonggi Province. An apostate reported his hiding place to the police and led a group of policemen to arrest him. The police chief tortured him and demanded that he give up his religion, but Sebastianus did not budge. He was twisted and beaten during three different interrogations.

Just before he was taken out for execution, he asked one of the guards of the women's prison to tell his wife that he would go first and wait for her in Heaven. Sebastianus was beheaded with eight other Catholics outside the Small West Gate on September 26, 1839. He was 60 years old when he became a martyr.