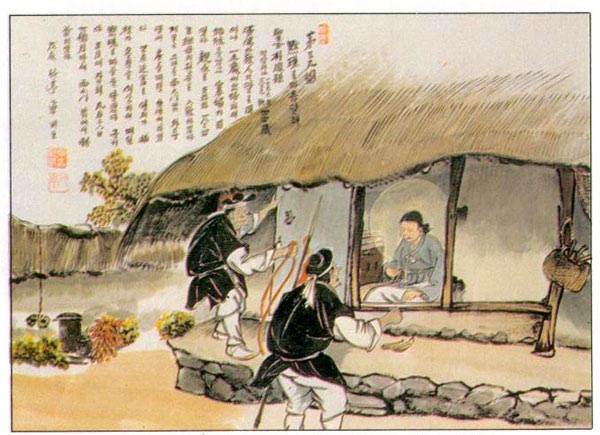 Magdalene Pak Pong-son was born to a pagan family, married a pagan man at the age of 15 and had two daughters. When her husband died, she returned to her home in Seoul. Her stepmother, Kim Cecilia, was waiting there for her and she persuaded Magdalene to become a Catholic in 1834. Magdalene lived at the home of her stepmother's brother, outside the South Gate of Seoul. A dozen poor people were living there together and Magdalene was very kind and charitable to them, to the point that she almost forgot herself. A witness said about her that all who saw her admired her dedication to the love of God and her neighbors. Magdalene was calmly waiting to be arrested at home.

After her arrest, every time she was tortured and asked to deny God and accuse her fellow Catholics, she repeatedly refused. Her legs were twisted and her shins were hit hard, but she just said that she wanted to die for God.

Magdalene was sentenced to death and was beheaded outside the Small West Gate on September 26, 1839, with eight other Catholics. She was 44 years old when she was gloriously martyred.