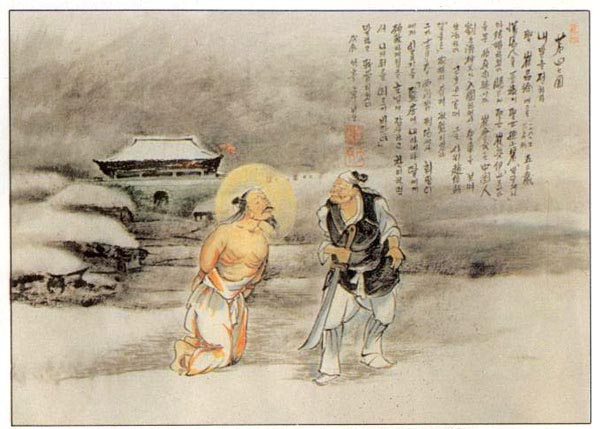 Ch'oe Ch'ang-hŭb Peter was a younger brother of Ch'oe John, martyred in 1801, and the husband of Son Magdalene, beheaded in 1840.

Peter was born about 1786 to a family of a government official. His father died when Peter was 13 years old. Shortly after his father's death, Peter began to study the Catholic doctrine, but he did not get baptized. Since he was separated from other Catholics during the persecution, he did not practice his religion well. In 1815, he started to associate with Catholics and learned his religion again. He had a warm personality and was well liked by others. During the persecution of 1801, he lost all his family property. In that poor situation, he married Son Magdalene, and raised eleven children. Nine of them died when they were young. In 1821, when cholera raged throughout the country and caused many deaths, Peter was baptized. After that time he observed all his religious obligations faithfully. When the missionaries came to Korea, Peter was listed as one of the most faithful Catholics. He used to say: "When I think of the sins I committed in my younger days, I feel I have to die for God to do penance and to save my soul."

Peter was arrested in June of 1839, and was interrogated and tortured. His body was twisted seven times and he was whipped, but he would not deny God and refused to reveal the whereabouts of his fellow Catholics. He was severely tortured even in the higher court, but he endured with courage. Just before Peter was taken out to the site of his execution, he asked a servant in prison to tell his imprisoned wife and daughter not to shed tears but to praise and thank God and follow him in martyrdom.

Peter was beheaded on December 29, 1839, outside the Small West Gate with six other Catholics. He was 53 years old when he was martyred.