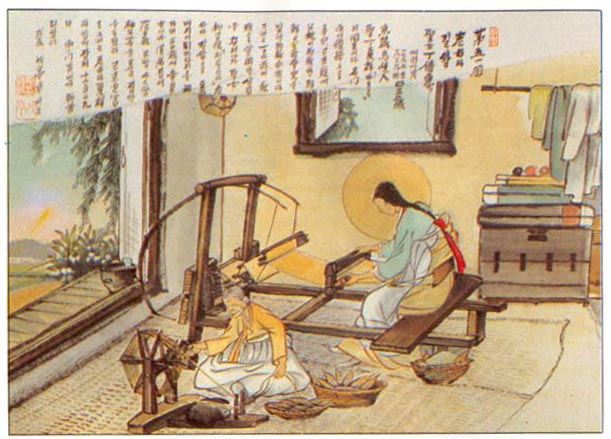 Chŏng Chŏng-hye Elizabeth was a daughter of the martyrs Chŏng Augustine and Yu So-sa Cecilia and a sister of the martyr Chŏng Ha-sang Paul. In 1801, when Elizabeth was 5 years old, her father Augustine was martyred for his faith. Elizabeth was also arrested at that time with her mother Cecilia and her two brothers. The government confiscated their property and released the young widow and the children. They went to live with one of their pagan relatives. The relatives did not treat them well, and Elizabeth had to suffer from cold and hunger. Elizabeth made a living by sewing and spinning and was able to support her mother and her brother Paul. Paul later helped Bishop Impert and other missionaries to communicate with Peiking. The relatives, who didn't like Elizabeth at first, were impressed by her and began to like her. She was so pure in heart that she never looked directly at a man.

When she was young Elizabeth made a vow to God to keep the virtue of virginity. When she was about 30 years old, she felt strong temptations for about five years. In order to overcome them she used the traditional means of prayer, fasting and flagellations used by saints. She was always praying that missionaries would come to Korea. When Bishop Impert and two French priests came to her home she was extremely happy and took good care of them.

Many people used to come to her home to see the missionaries. Elizabeth taught catechumens and gave alms to poor people. Bishop Impert once remarked about her: "Elizabeth is just like a woman catechist." But when the persecution broke out, she was afraid of it. When the bishop left Seoul to escape to the countryside, Elizabeth, her mother and her brother Paul made great efforts to console the Catholics and to provide food and clothing for poor people, particularly those in prison. They were preparing themselves for martyrdom.

Elizabeth was arrested on July 19, 1839, with her mother, Yu Cecilia, and her brother Paul. Elizabeth was interrogated. Since she refused to deny her faith, she was severely tortured. She was beaten with a club 230 times on seven different occasions, but she would never surrender. She was determined to endure all pains for the sake of God and His Blessed Mother. She used to tell people that she could understand how painful the Lord's suffering was.

While she was in prison, she never ceased to pray and meditate and to give consolation and encouragement to her fellow Catholics in prison. She also brought the church money into prison to provide food and clothing for the imprisoned people.

On December 29, 1839, when she was 43 years old, she was beheaded outside the Small West Gate with six other Catholics.