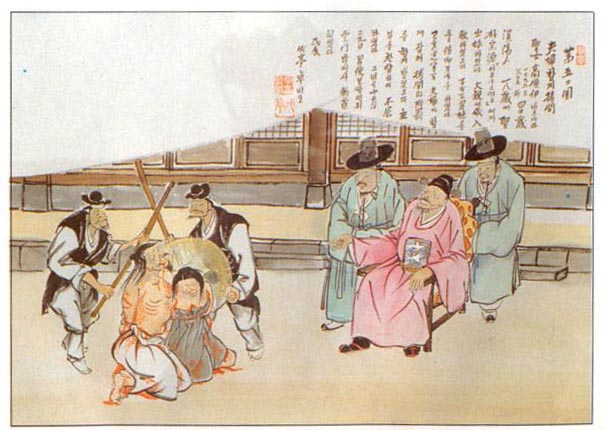 Ko Sun-i Barbara was the wife of the martyr Pak Chong-won Augustine and a daughter of Ko Kwang-song, martyred in 1801. She was born in Seoul in 1794. She was a woman of integrity and intelligence.

At the age of 18, she married Pak Augustine and had three children. The whole family was very Catholic. The children were well educated in the Catholic doctrine. Barbara helped her husband in his charitable work, encouraged lukewarm Catholics to return to the Church, taught illiterate catechumens, and took care of sick people. When the missionaries came into the country, she was happy to receive the sacraments. She also tried to grow in virtue and prayer and in her desire to be a martyr.

When Barbara's husband, Pak Augustine, was arrested, she wanted to give herself up to share her husband's suffering, but her captors arrested her on October 27, 1839, before she took action. She thanked God for the special grace of being arrested. The couple met and encouraged each other in prison The police chief called the couple out together for interrogation. They were told to deny their faith. They refused the demand and were tortured. Barbara was tortured six times, and couldn't move her arms and legs. But she never lost courage.

About 20 days later, Barbara was beaten again with her husband. She was beaten so severely that her flesh was torn off. But she wanted to die for God. She said to her fellow prisoners: "I used to be afraid of tortures, but now the Holy Spirit has blessed a sinner like me, and I am no longer afraid of tortures. I am so happy. I did'nt know that it was so easy to die."

Barbara was beheaded outside the Small West Gate on December 29, 1839, at the age of 42 with six other Catholics.