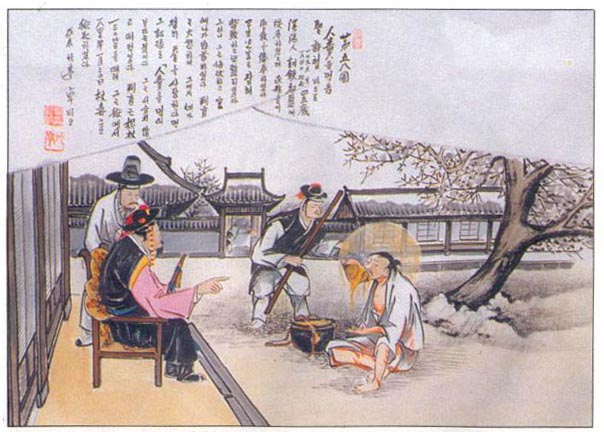 Hŏ Hyŏb Paul is a little known martyr among the 103 Martyr Saints. The only thing we know about him is that he was 45 years old when he was martyred. He was a soldier assigned to a training camp, and was an excellent Catholic.

Paul was captured and tortured to deny his religion. His legs were twisted, he was pricked with sharp objects, and was beaten with a club 70 times. But he said he would never renounce God.

A few weeks later, however, Paul denied his religion. But he immediately repented. He went to the judge, and told him that he denied his religion only with his lips not his heart, and he claimed that he was still a Catholic. The prison guards demanded that he drink human feces and urine as a sign of repentance, and Paul did as he was told. Then he was told to bow in front of a crucifix. He prostrated himself to the ground and worshiped the Lord he had once renounced.

Paul was beaten to death in Seoul on January 31 or February 1, 1840, but his name was not recorded in the government report. He was beaten with a club 130 times. When he died, he was 45 years old.