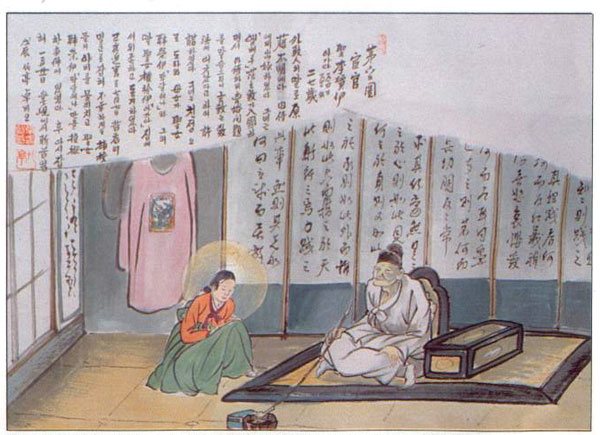 Yi Kyong-i Agatha was born in a Catholic family, but she was married to a eunuch. When she told this fact to Bishop Imbert, he told her to separate from her husband. After separation from her husband, Yi Agatha went to live with Kwon Chin-i Agatha, because her mother was too poor to support her.

Yi Agatha was arrested with Kwo? Agatha on July 17, 1839. They were set free once by some policemen who had pity on them, but they were arrested again in a poor Catholic home in Seoul and were put in prison. They were severely tortured and beaten but they would not give up their faith.

According to the government report, Yi Agatha converted her family, visited many places to help the Catholics, and wanted to die for her faith.

Agatha was finally taken out to a place called Tangkogae near Seoul, and she was beheaded there on January 31, 1840, with five other Catholics. Agatha was 27 years old when she was martyred.