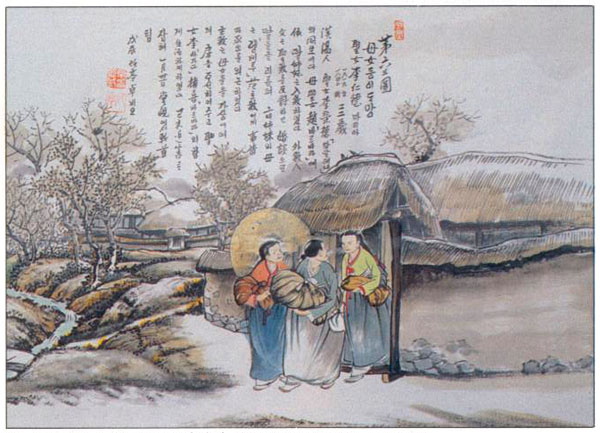 Yi In-dok Mary was a sister of the martyr Yi Yong-dok Magdalene(cf. CBCK Newsletter, No. 71, summer 2010). Mary was so calm, honest and humble that people hardly noticed her presence. She was arrested with her elder sister, Magdalene, and both of them showed their deep faith and courage not only in prison but also in front of the interrogators.

Witnesses testify that Mary and her sister courageously endured many tortures and sufferings and refused to deny God and their faith.

According to the government report, Mary was deeply imbued with the Catholic religion, which she believed more fervently than others, respected the foreign missionaries more deeply than others and wanted to die for her faith.

Mary was finally taken into Tangkogae near the city of Seoul(in Seoul today), and was beheaded on January 31, 1840, at the age of 22 with five other Catholics.