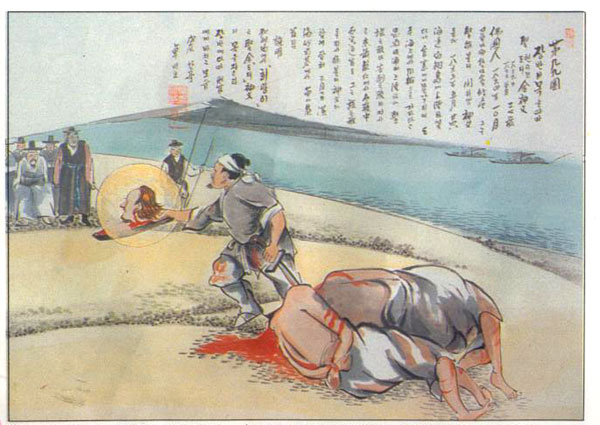 Pierre Henri Dorie was born on September 23, 1839, the 6th son of simple peasant parents working on a farm in St. Hillaire di Talmont, France. His patents were not learned but very devout.

The pastor of the local church was interested in Dorie and recommended that he go to the seminary in 1852. In October of 1860 he moved on to a major seminary in Lucon. After a devout life and studies in the seminary, Dorie entered the seminary of the Paris Foreign Mission Society on June 14, 1862. His pastor and his parents strongly opposed his plan to be a foreign missionary but nobody could discourage him from his earnest desire to work for souls in a foreign land.

After ordination to the priesthood on May 31, 1864, Father Dorie was assigned to work in Korea, and was very happy to go together with his best friend, Father De Bretenieres.

Father Dorie left Marseilles with three other missionaries, Fathers De Bretenieres, Beaulieu and Huin. After a stormy voyage, they finally arrived in Korea on May 27, 1865. His ministry in Korea, however, was much shorter than expected.