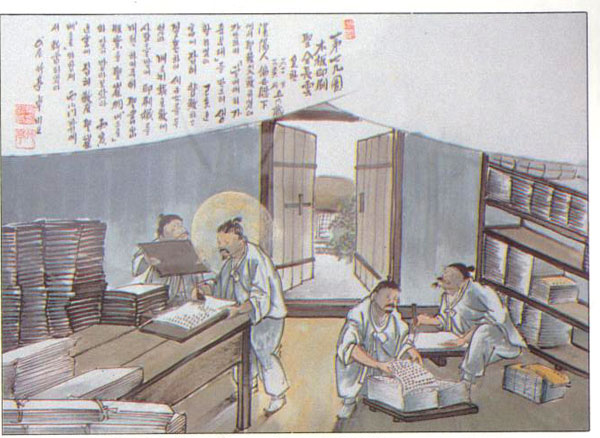 Chŏn Chang-un John was born in Seoul in 1811 and was baptized by his devout mother. Shortly after he was born, his father died. At an early age John had to support his family by farming and making leather bags.

In 1839, he was arrested. However, since the roots of his faith were not deep enough yet, severe tortures and persecutions caused him to deny his faith and he was released from prison. After the persecution of 1839, he was sorry for his apostasy, but there was no priest he could talk to. John did not give up hope.

In 1845, when the first Korean priest Kim Tae-Gon Andrew returned to Korea, John received the sacrament of penance and lived a very good Christian life, earning the respect and admiration of his fellow Catholics.

John married and had three children. Bishop Berneux saw that he was a very faithful Christian, gave him authority to baptize, and made him a publisher of Catholic books together with Ch'oe Peter.

On March 1, 1866, the police rushed into the printing house, arrested John and confiscated the wooden printing blocks. He was severely tortured, but endured all the pain, calling out the names of Jesus and Mary. After torture for three days he was sentenced to death on March 8, 1866. The next day he was to be beheaded outside the Small West Gate. When he reached the site of execution, he found out that the man who was supposed to cut his neck was an ex-Catholic and an old acquaintance. The executioner hesitated to cut John's neck. John told him: "You obey the king, and I obey God. Why do you hesitate?" So, John was beheaded and was buried three days later. John was 56 years old when he died for his faith.