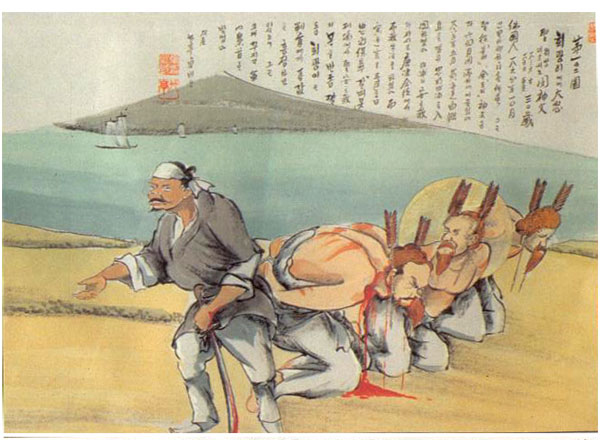 Martin Luc Huin was born in Guyonville, France, on October 20, 1836, the youngest of nine children. He was usually called just Luc. His parents were devout vineyard farmers. His father was proud of his family tradition that had priests in every generation. His mother was an equally devout woman. His pastor was also very interested in Luc's priestly vocation so taught him Latin even before he entered seminary. In 1851 he became a seminarian and his academic achievements were highly esteemed. The discipline of his life was also excellent. His only defect was his extreme sensitivity.

Luc was ordained a priest on June 29, 1861. He was very successful in his work as an assistant pastor, but his desire to become a missionary did not vanish. He sent a letter to his bishop asking to be released to become a missionary. The bishop gave him permission but told him to wait until June 1863, when his replacement would arrive.

In June 1863, Father Huin obtained permission to join the Paris Foreign Mission Society. He joined the Society in August 1863 and was assigned to Korea in June 1864. He left Paris on July 15, 1864, with nine other missionary priests. He and Fathers De Bretenieres, Beaulieu and Dorie arrived at Naepo, Korea on May 27, 1865, after a long, tiring voyage. Father Huin stayed in Naepo with Bishop Daveluy until June 18, and then he went to Sekori in Haptok. Father Huin was quickly accustomed to the Korean way of life. He was willing to make any sacrifices. He learned the Korean language so fast that he could already hear confessions and teach catechism in Korean by February 1866. The Korean Catholics were very happy to have him around. Father Huin heard more than 500 confessions, administered Extreme Unction to about 20 Catholics, and even performed the sacrament of matrimony for some couples. Before he was martyred, he said, "I am sorry to die, neither because I am still young nor because I have to die so miserably, but because I have to die having done nothing for the salvation of my dear Korean people."