The Catholic Bishops’ Conference of Korea (President: Most Rev. Hyginus Kim Hee-joong) held its 2020 Autumn General Assembly at the CBCK Conference Hall from October 12 to 15, 2020. At the assembly the following decisions were made:

1. The bishops decided to issue the special pastoral letter in the name of all the Korean bishops, which contains long term pastoral plans initiating a follow-up to the encyclical Laudato Si’ on the 5th anniversary of its promulgation.

2. The bishops listened to a report on the production of ‘Clips on Catholic Doctrine’ (five-minute video catechesis, 47 episodes in total), which have been prepared by the Catholic Pastoral Institute of Korea in cooperation with the Catholic Peace Broadcasting Corporation, and approved by the CBCK Permanent Council.

3. In case national festivals happen to fall on Friday or Ash Wednesday, it was decided to grant the dispensation from the observance of fast and abstinence only for the day of the festival on the level of the CBCK.

4. The Catholic Church in Korea is to celebrate the Jubilee Year on the occasion of the 200th anniversary of the birth of St. Andrew Kim Tae-gŏn, Patron Saint of Korean Priests. The theme of the Jubilee Year is to be “Are you a Catholic faithful?” The Opening Mass for the Jubilee Year will be concelebrated by bishops at the Myeongdong Catholic Cathedral of Archdiocese Seoul, on November 29, 2020.

5. On February 28, 2021, all parishes in each diocese will celebrate the Mass for the beatification of Father Choe Yang-eop. The bishops also listened to a report stating that on the occasion of the 200th anniversary of the birth of Father Thomas Choe Yang-eop, the Opera titled “Heaven on the Road” will be performed at the Opera House, Seoul Arts Center.

6. In regard to Korean government’s pre-announcement of legislation on the revision of the Criminal Act · the Mother and Child Health Act, the bishops decided to hold a press conference on the concluding day of the assembly to affirm the Church’s unswerving commitment to a pro-life and anti-abortion stance. 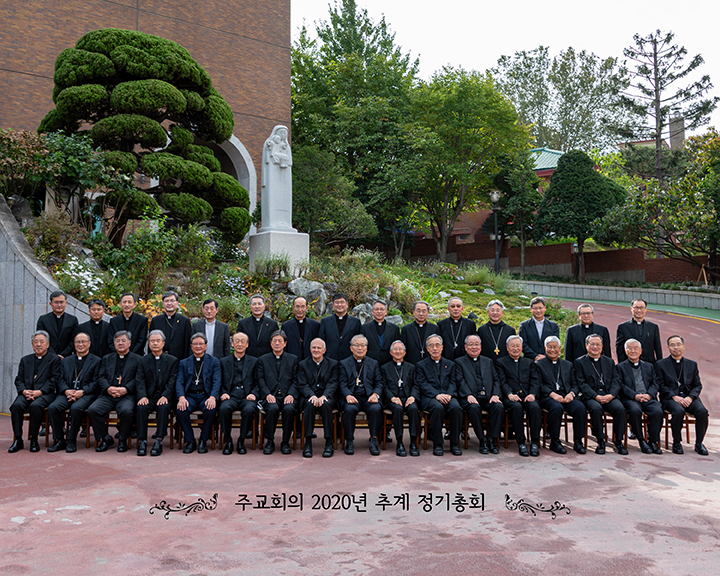