His Eminence served as the President of the Catholic Bishops’ Conference of Korea from 1996 to 1999 and was created as Cardinal in March, 2006. He devoted himself to research of the Canon Law and its application to the Catholic Church in Korea. After his resignation as the Archbishop of Seoul, he concentrated on his writing activities.

The funeral Mass will be dedicated at Myeongdong Catholic Cathedral, Archdiocese of Seoul at 10:00 a.m. on Saturday, May 1, 2021. 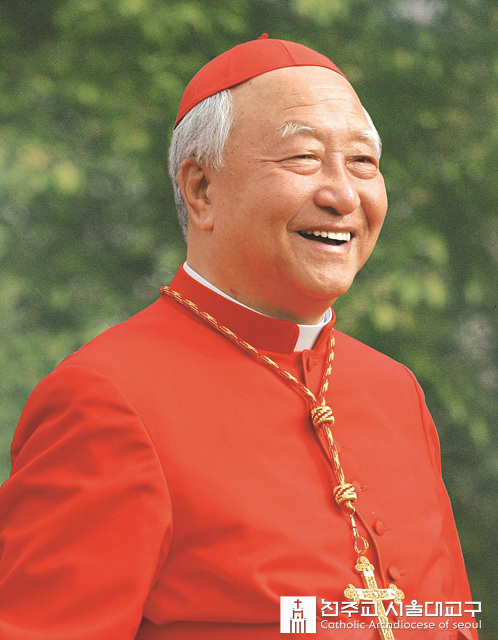 Jun. 6, 1998      Appointed as the Apostolic Administrator of Pyong-yang Diocese

Apr. 29, 1999    Committee Member of the Pontifical Council for Family

May 10, 2012   Resigned as Archbishop of Seoul and the Apostolic Administrator of Pyong-yang Diocese